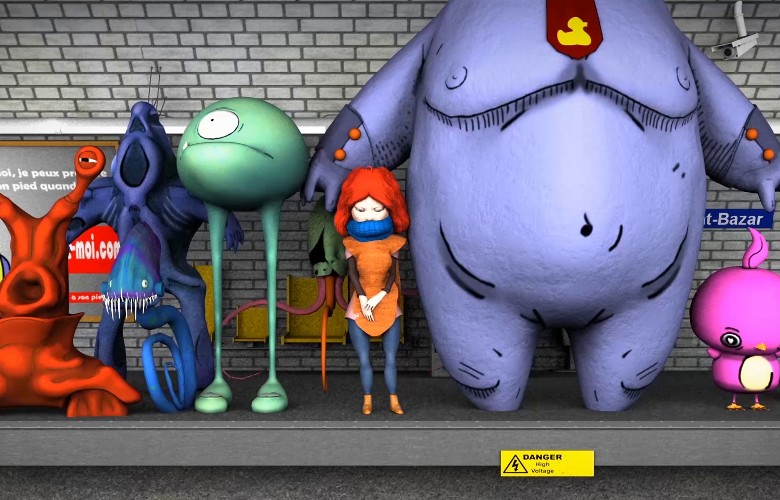 Paris 8 University has invited me to be the curator of the « Campus Exhibition » of the Ars Electronica Festival 2015. Please find below Magdalena Leitner’s interview for Ars Electronica’s blog , a cross exchange with Chu-Yin Chen, director of the Digital Image and Virtual Reality team (INREV) of the Arts and Photography Laboratory of Paris 8 University and project manager of the Campus Exhibition. 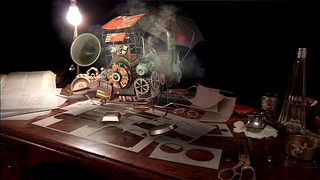 We already reported at the Ars Electronica Blog about the annual Campus Exhibition. It’s become something of a Linz Art University tradition over the last  years not only to showcase the prodigious talents of undergrads in the school’s Interface Cultures program but also to invite a partner institution from outside Austria to make a guest appearance. At the Ars Electronica Festival 2015, Paris 8 University presents thirty years of digital research and creative work from pioneering artists and researchers in the early years as well as from young contemporary artists today. The exhibition perfectly coincides with the determination of Paris 8 to showcase its dynamism in the digital field by naming 2015 the year of “Université 8.0: Le pari numérique!” – “University 8.0: the digital challenge!”. 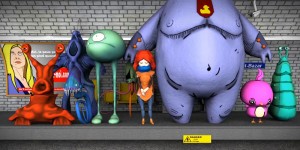 We have talked with Chu-Yin Chen, Co-head of the Master Art & Technologies de l’Image, and Jean-Luc Soret, curator of the Campus Exhibition. 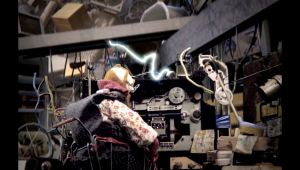 Chu-Yin Chen: Yes, the organisation of themed-years at our university over the last few years has allowed the academic community to engage itself in a shared project. These themed-years have given rise to a large number of events and have helped to lengthen the lifespan of certain initiatives.

In this perspective, the theme for the year 2015 is “University 8.0, the digital challenge!” Paris 8 University wishes to foster in-depth thinking about digital technology. The digital year must be an opportunity to engage the entire academic community and our partners, to disseminate our thinking and our achievements more widely, to elaborate new projects and to outline new investigations on the subject. A large number of events designed for all audiences will create a strengthened sense of dialogue within our community relating to our field of inquiry: screenings, debates, public events, honourable distinctions, exhibitions, competitions, festivals and international symposia will thus help to reinforce interactions with our socio-economic, scientific and cultural partners. For instance, the Paris 8 University brought a strong support to this international event: Campus Exhibition in the Ars Electronica Festival 2015.

What can we expect at the Campus Exhibition during the Ars Electronica Festival 2015?

Jean-Luc Soret: People will see numerous 3D CGI animated films created from 1985 to 2015. Some experimental projects are made over several months and some intensive projects are completed in just three weeks. The films illustrate a teaching philosophy based on the acquisition of both artistic and technical skills.

The screening area shows the wide diversity of animated movies: cartoons, special effects, artistic initiatives and experiments. The City Life Movies offer real or imaginary visions of city-dwellers in Paris. The Post Natural Movies represent nature or are inspired by living processes, taking us into a world that is both natural and artificial.

In another area films are shown made in the early years of 3D computer graphics; they are the result of the technological research carried out at the time. 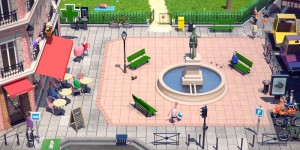 Experimental digital video Installation, interactive art installations and videogames invite the audience to a journey into microscopic universes, photographic images, over data landscapes or through images transformed into three-dimensional objects. People will experiment with a supernatural mirror, new kind of portraits, will be able to blow on images, to play with autonomous virtual-reality dancers, to communicate with shadows through gestures, to make solar insects sing, to create artificial life forms or just to have fun with experimental games.

Digital literature, such as hypertext novels and generative poetry explore, for instance, the question of human being controlled by machines or several ways of reading a story. A panorama of digital literature produced at Paris 8 covering the period 1982 to 2015 will also show the work of 5 generations of researchers and students.

With Virtual Reality systems and augmented interactive books people will enter immersive or poetic environments connected between books and 3D images that challenge potential for interactive presentation that remains largely unexplored. People will be also invited to play with their fingers to create an interactive dance show viewed in augmented reality or to play with images between past and present, reality and fiction.

Behavioural objects and sensorial prototypes will be exhibited like, for instance, a frame having a fit of hysterics, a carpenter’s rule moving along like an animal or a wearable suit for sight-impaired or blind people, which uses only touch for pedestrian navigation. Demonstration of a basic robotic toolkit will be done, making it possible to prototype and experiment with objects that display behaviour. Anyone will also be able to put themselves in other virtual bodies or to discover a world of shadows, magic or virtuality, challenging their habitual perceptions through illusions. 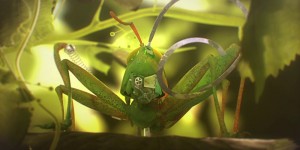